The Other Brother Documentary and Art Exhibition – Overview

The Other Brother: The Art of Jesse and Tom Flowers

while confirming the profound influences of art on all our lives. 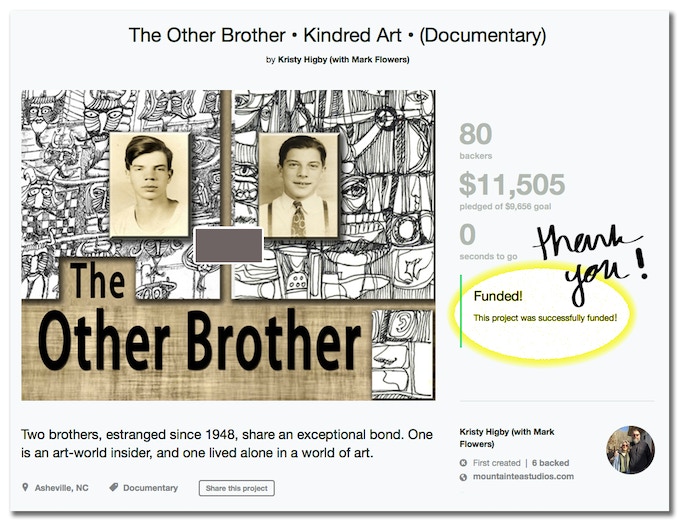 “Fantastic premise for an epic movie. This concept is so beautiful especially during this age of increasing fear and separation through the digital realm, etc. Art has saved my life and helped me carry on through this surprisingly intense journey. Thank you for taking the time to create this heart-warming picture within pictures.” –Sage Neri, Visual Designer

The Other Brother was screened at:

The National Gallery of Art has added the film to its viewing library of art films.

“The screening of The Other Brother surpassed my high expectations. The response to this magnificent piece of work was profound with the audience being genuinely moved by the story — a story that presents specifics about two people, artists both, and their family while inevitably touching on larger  issues. The audience’s engagement was evident during the Q&A with filmmaker Kristy Higby, producer and other-brother son Mark Flowers, and the latter’s other-brother father Tom Flowers. An exquisite score with surprising music, including original music that most will not have heard before, complements the poignant narratives and interviews, and the passages from letters from the other brother, Jesse. I had been looking forward to screening this film at my gallery and I am so glad I did. It really was a memorable evening.” -Gallery Director, Wim Roefs, if ART Gallery, Columbia, SC

The Other Brother, Traveling Art Exhibition

Following a successful Kickstarter project that allowed us to share The Other Brother documentary with audiences this past year, it became clear from viewer feedback that this project should have a Part II in the form of a traveling art exhibition

We would like to share the brothers’ original artwork with museums, galleries, and art institutions that choose to screen the documentary and/or host the exhibition.

Mark and I have made a life in the visual arts; creating, exhibiting, and teaching. We know the value of exhibiting our work and want to create a formal opportunity to share Jesse and Tom’s artwork. There is no substitute for the real thing–original artwork professionally framed, with correct lighting, and hung in a space designed for that purpose. We think it would please Jesse to know that his work had an audience, and Tom is excited about the opportunity to exhibit side-by-side with his brother.

Please help us share this special story and art exhibition with more audiences. 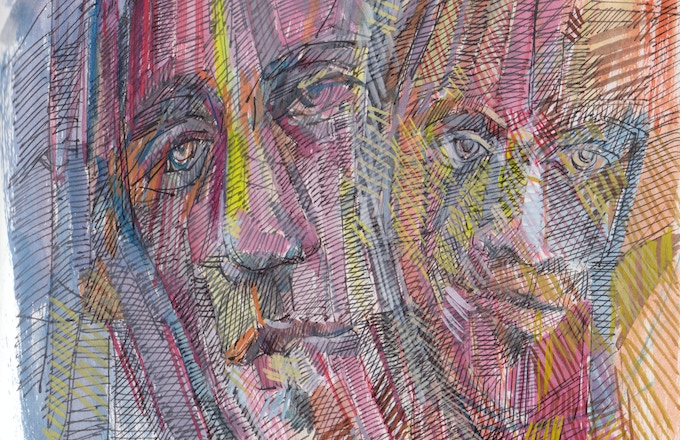 The exhibit will include a total of 37 works. Each brother will be represented by 12 framed works of art. In addition, there will be 12 framed archival prints from the “Side-by-Side” sequence in the documentary, plus one framed print of the poster promoting the film.

Here are three slide shows of the artwork:

Side by Side Sequence from Kristy Higby on Vimeo. 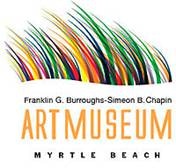 In addition to the impact of the Side by Side sequence in The Other Brother, the ‘connection’ between their art shows up in the shots of Jesse’s photographs beside Tom’s landscape paintings – I would say that comes from their ‘culture’ as raised in a place with access and appreciation for that landscape. After that it is all about the difference.

Their art in general is radically divergent. Jesse is, as is said, a natural. Everything in the external world that he sees and feels is incorporated into his inner fertility. His hand is direct and unrestrained, yet naturally disciplined. His art has a direct line back to the early cave dwellers. The ‘crowded’ characteristic of his surfaces is not really crowded, just insistent richness and an instinct that was unbounded by educated ‘taste,’ only the edge of the envelope or the edge of the paper or the need to insert an address brings it to a conclusion.

I would not say Tom is so much ‘contemporary’ as he is ‘educated.’ U of Iowa shows all over his work. Where Jesse was so dependent on what he felt, Tom depends upon what he learned. Jesse’s work is immediate; Tom’s is mediated by the world of art as understood by urban civilization and passed on through the educational process. Jesse is limited to just what his individuality allows, Tom expands beyond his own take on things. I found myself thinking Tom’s work ultimately might have been diluted by the expansion his education afforded him, but whatever, Tom’s is much broader in range than Jesse’s.

The best urban art usually gets to a higher place than the best primitive art. As a matter of ‘type’ I generally prefer urban art to primitive art. So Tom chose the more ambitious path. But it is a treacherous path and no sure thing. In the many direct comparisons the movie presents, my eye consistently went for Jesse’s work over Tom’s.” -John Link, Visual Artist, Art Educator, Art Critic

Mark and I would like to thank Liz Miller at the Franklin G. Burroughs-Simeon B. Chapin Art Museum in Myrtle Beach, SC, for her early support of the film and for lending her expertise in coordinating this exhibition. We welcome the opportunity to share this film and exhibition with your community.